During a CNN town hall special about climate change Wednesday night, Democrat Senator Kamala Harris was asked if she would be willing to change federal eating guidelines for the sake of saving the planet if she became president. She agreed with a questioner who argued Americans should be eating less meat and that the government should force them into other dietary habits.


Kamala Harris says Americans need to be “educated about the effect of our eating habits on our environment,” and says she would change the dietary guidelines to reduce the amount of red meat you can eat. #ClimateTownHall 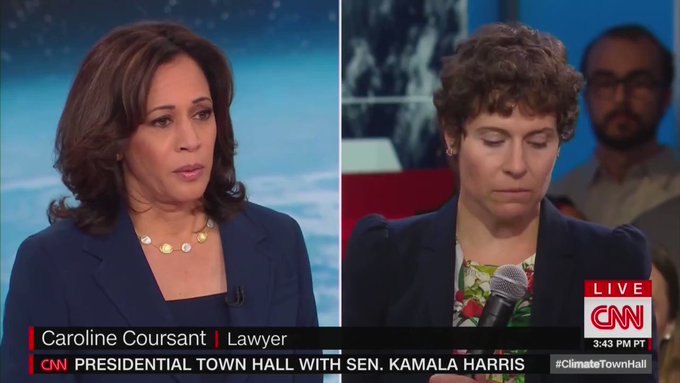 Just last month, this was Harris at the Iowa State Fair. 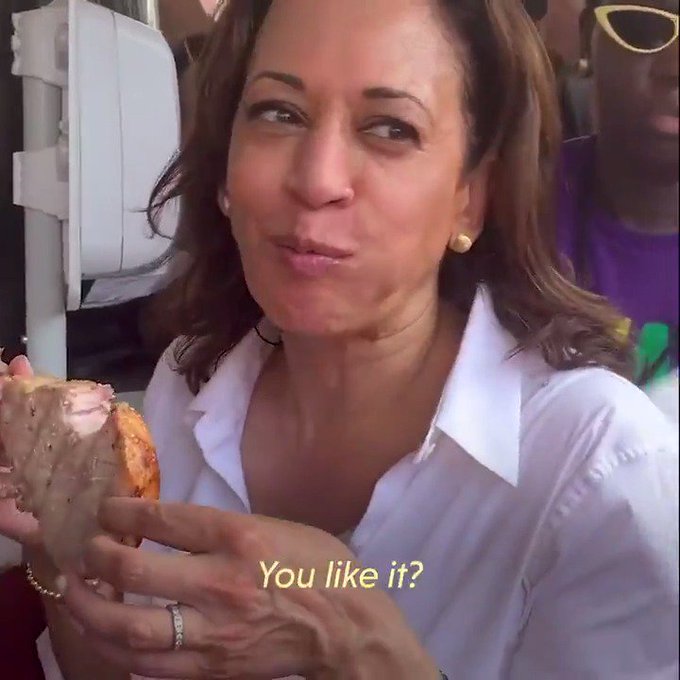 Not only is Harris’ promise to limit meat intake hypocritical, it’s part of a broader globalist push. From a Time piece titled, “If We Want to Stop Climate Change, Now is a Moment of Reckoning for How We Use the Planet, Warns U.N. Report”:

Scientists say a shift away from eating meat toward plant-based diets could yield big dividends in the fight against climate change. Reduced meat consumption means lower emissions from livestock and the fertilizer needed to sustain them but also provides an opportunity to reforest land that farmers would have otherwise used for grazing. Rethinking the human diet across the globe could drive emissions reductions of up to 8 gigatonnes annually, according to the report, greater than an entire year of emissions in the U.S.

Katie Pavlich ✔
@KatiePavlich
When I was in China two years ago a woman in the communist party, who works with the UN, talked all about the necessity of changing eating habits and eliminating meat. By government force. This is communism and 2020 Democrats are fully embracing it. https://twitter.com/KatiePavlich/status/1169441849037250560 …

Brit Hume ✔
@brithume
“U.S. CO2 emissions are down to where they were in 1985–a third of a century ago, when the GDP was half what it is now in inflation-adjusted terms, and the population was smaller by a quarter. No other industrialized country has come anywhere close.” https://www.commentarymagazine.com/politics-ideas/climate-global-warming-data-locations/ …

Global Warming or Bad Data?
Al Gore likes to say that the science of climate change is “settled.” But of course, science, almost by definition, is never settled. And climat…
commentarymagazine.com
2.4K
2:42 PM – Sep 4, 2019
6,153

To see this article and its video links and to see other articles by Ms. Pavlich, click read more.

Source: Kamala Harris: Of Course We Must Regulate How Much Meat Americans Are Eating