What kind of nominee suggests in his ABA interview that he would not be a ‘fair’ judge?

Lawrence VanDyke, a judicial nominee for the 9th Circuit Court of Appeals, choked up during his confirmation hearing on Wednesday when he was asked if he might be a bigot.

The day before the hearing, the American Bar Association sent a letter to the Senate Judiciary Committee stating that a majority of its Standing Committee on the Federal Judiciary had determined that VanDyke was “Not Qualified” to serve as a federal judge. According to the ABA’s letter, lawyers interviewed by the ABA anonymously “raised concerns about whether Mr. VanDyke would be fair to persons who are gay, lesbian, or otherwise part of the LGBTQ community. Mr. VanDyke would not say affirmatively that he would be fair to any litigant before him, notably members of the LGBTQ community.”

VanDyke, a Harvard Law grad and former solicitor general of Montana and Nevada who is an Evangelical Christian, was questioned about the ABA’s accusation at Wednesday’s hearing.

“Did you say that you wouldn’t be fair to members of the LGBTQ community?” Republican senator Josh Hawley asked.

“I did not say that,” an emotional VanDyke replied. “I do not believe that. It is a fundamental belief of mine that all people are created in the image of God and they should all be treated with dignity and respect.” 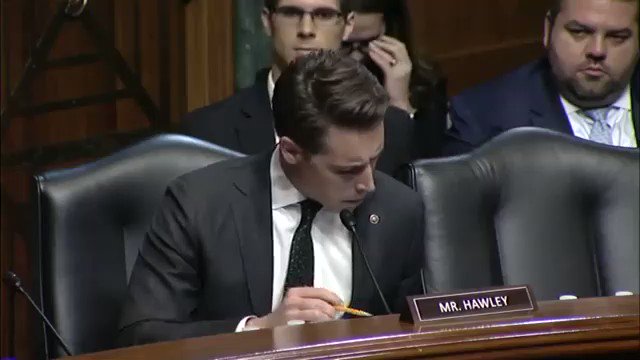 Were VanDyke’s comments to the ABA twisted or taken wildly out of context in order to paint him as a bigot? It is hard to believe any judicial nominee would suggest during an interview with the ABA that he might not be “fair” to all litigants.

On Thursday, I contacted the American Bar Association to ask if it would release the transcript of the relevant question VanDyke was asked during his interview and his response to it. “No, the process is confidential,” ABA communications project manager Matthew Cimento told me. “I realize VanDyke spoke about it—what he believed his version was. But we promised him confidentiality.”