I’m not sure calling those pushing climate hysteria a cult is enough anymore. We are at the full blown human sacrifice stage.

Last night, CNN decided it’d be a good idea to do a seven hour long “town hall” on the “climate crisis,” because the liberal cable network has basically become a full blown apparatchik of the DNC. While the ratings weren’t good (I’ll have a piece on that later tonight), what we saw were many clips end up viral because of just how insane they are.

While others were arguing over straws and eating meat, Sanders said hold my beer and gave this “solution” to climate change. 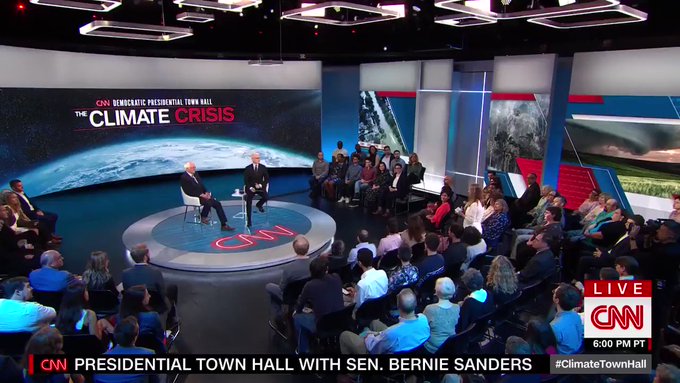 Benny ✔
@bennyjohnson
Democrat Voter: There are too many humans on earth.
Bernie: I agree. We need to fund abortions to poor, third world countries.
This is absolutely horrifying. 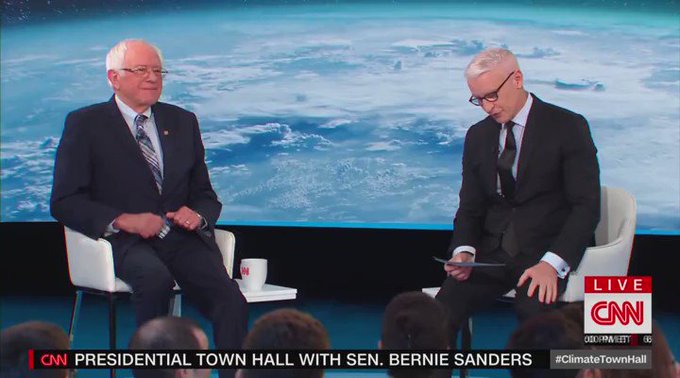 I almost feel bad for joking about this because it’s not really a laughing matter. This is a level of depravity that you’d expect to see in 1930s Nazi Germany. It’s sick, sick stuff that should be immediately disqualifying.

The idea that people must be culled in order to “save the environment” is not a new one. It has its roots in eugenics and the ridiculous musings of Malthusian theory, which has been proven be absolute horse crap over the decades. The planet is not nearing peak population, nor resource use. There is simply no science to back up such craziness.

But with climate change, that kind of garbage has seen a new rise because it’s no longer about resources for these people. Now they claim it’s about too many people emitting carbon. Climate change has went from just being overwrought insanity to a death cult.

Luke Thompson ✔
@ltthompso
The old Malthusian, misanthropic madness about a population bomb appears again. Of course Bernie agrees with it. This is a vile ideology with eugenics at its heart.

You want to know why I don’t care much about Trump’s tweets? Why his decade old affairs are something most conservatives look past? Because this is the alternative. The Democrat party has gone absolutely insane and they are only getting worse. Trump can tweet every five minutes for the rest of his life if it means someone like Sanders is denied power.

Sitting on the sidelines may be acceptable to some, but for others, it’s simply not. This stuff has to be combated head on. It can only be defeated with counter votes, not just abstaining, because the left’s base is energized. Their view of abortion and climate change is heading in a very, very dark direction.

There’s a certain conservative group that likes to make fun of the Flight 93 election reasoning, but I’d love to hear how they plan to stop this in lieu of keeping Republicans in power. Shouting on Twitter isn’t going to do it. Just as bad, no major media has pushed back on what Sanders said, largely because they agree with him.

Don’t be fooled either. Sanders is not the only Democrat candidate who thinks this way. Every major candidate has gone on record against the Hyde amendment and rescinding the Mexico City policy (which bans taxpayer funded abortions in foreign countries). They all want this. The question is, will Republicans join together to stop it or will we keep sniping about irrelevancy.

To see this article, the links to videos and other articles from RedState, click read more.