Two things can be true: this can be a contagious disease that should be taken seriously, and the reporting can be massively overblown. The latter is grounded in the liberal media’s outright hatred of Trump and their lust to weaponize anything they can to hasten his departure from Washington, D.C. And it shouldn’t shock us that a lot of the media’s Wuhan coronavirus coverage is trash. Dr. Anthony Fauci, one of the key persons leading the government response and an immunologist with the NIH, had to slap down CNN for its stupidity, telling host Brianna Keilar to basically get a grip. Over at MSNBC, Washington Post writer Jennifer Rubin, a noted anti-Trumper, said that there will be fewer Democrats dying from the Wuhan coronavirus than Republicans because some political rallies were canceled. I mean, you cannot make this stuff up. And in a time when unity is needed, the media will be the one that hurls obstacles all because unity would mean a win for this administration. 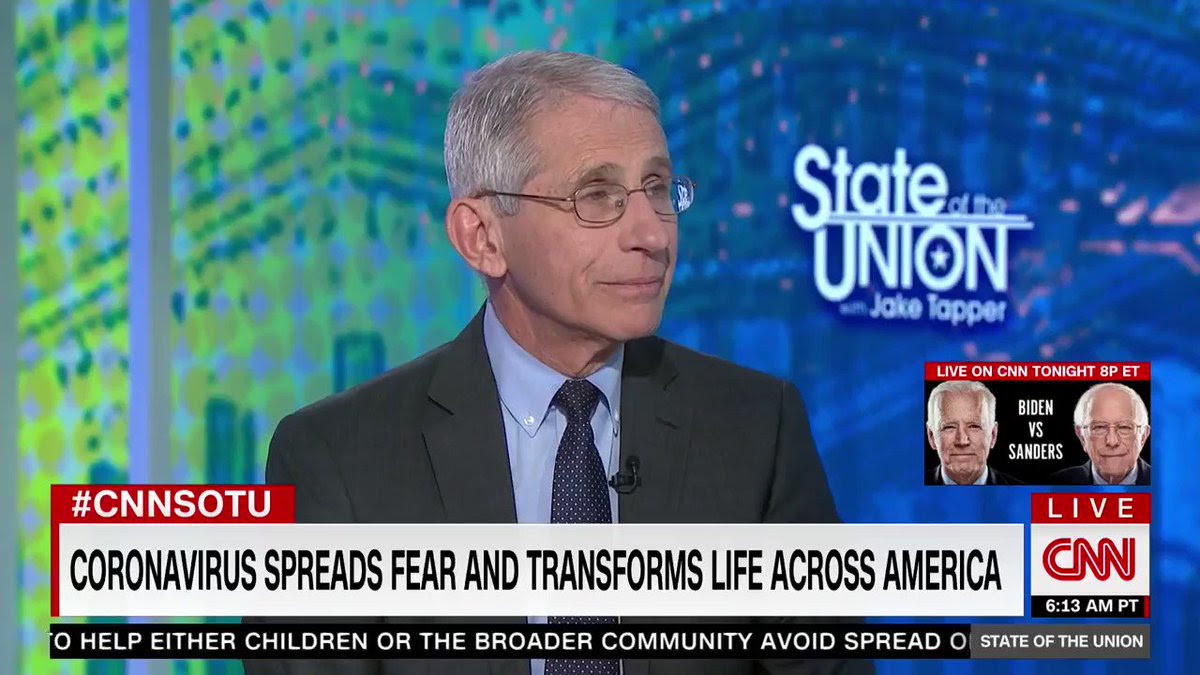 Viruses are apolitical. They don’t care about Democrats or Republicans. They don’t care about race, gender, or religious affiliation. They will kill anything they infect. For those worried about Trump starting a nuclear war, those fears are misplaced. It’s the virus that is man’s greatest existential threat.

The spread of this Wuhan coronavirus that has become a global pandemic, and one that is ravaging Europe, especially Italy, can be traced right back to China where it originated. And yes, you can call it the Wuhan flu. And it’s okay to blame China for this mess because it bungled the response terribly. Here’s a key to all of this: don’t believe the Chinese propaganda. Sadly, some reporters from the opposition press have peddled just that in order to attack the Trump White House. China knew about this virus and its authoritarian bureaucracy decided NOT TO inform the public. It allowed Chinese New Year to be celebrated exposing tens of thousands. They allowed some five million people to leave Wuhan unscreened. That’s it. Forget the massive quarantine that occurred afterward. It’s over. The spread was inevitable because China, as with any authoritarian regime, doesn’t admit when it screwed up for obvious reasons. The Wall Street Journal actually has a lengthy piece about how this “all started” in China:

It was on Dec. 10 that Wei Guixian, a seafood merchant in this city’s Hua’nan market, first started to feel sick. Thinking she was getting a cold, she walked to a small local clinic to get some treatment and then went back to work. Eight days later, the 57-year-old was barely conscious in a hospital bed, one of the first suspected cases in a coronavirus epidemic that has paralyzed China and gripped the global economy. The virus has spread around the world and sickened more than 100,000.

For almost three weeks, doctors struggled to connect the dots between Ms. Wei and other early cases, many of them Hua’nan vendors. Patient after patient reported similar symptoms, but many, like her, visited small, poorly resourced clinics and hospitals. Some patients balked at paying for chest scans; others, including Ms. Wei, refused to be transferred to bigger facilities that were better-equipped to identify infectious diseases.

One of the first doctors to alert Chinese authorities was criticized for “spreading rumors” after sharing with a former medical-school classmate a test result showing a patient had a coronavirus. Another doctor had to write a self-criticism letter saying his warnings “had a negative impact.”

Even after Chinese President Xi Jinping personally ordered officials to control the outbreak on Jan. 7, authorities kept denying it could spread between humans—something doctors had known was happening since late December—and went ahead with a Chinese Lunar New Year banquet involving tens of thousands of families in Wuhan.

China has rejected any criticism of its epidemic response, saying it bought time for the rest of the world. Mr. Xi told 170,000 officials in a teleconference on Feb. 23 that the country’s leadership acted swiftly and cohesively since the beginning.

A Wall Street Journal reconstruction paints a different picture, revealing how a series of early missteps, dating back to the very first patients, were compounded by political leaders who dragged their feet to inform the public of the risks and to take decisive control measures.

Last week, Zhong Nanshan, one of China’s most highly regarded epidemiology experts and the leader of the National Health Commission’s task force on the epidemic, said officials had identified a coronavirus by Dec. 31 and took too long to publicly confirm human-to-human transmission. If action had been taken earlier, in December or even early January, “the number of sick would have been greatly reduced,” he said.

It now appears that, based on a speech by Mr. Xi published in a Communist Party magazine in February, he was leading the epidemic response when Wuhan went ahead with New Year celebrations despite the risk of wider infections. He was also leading the response when authorities let some five million people leave Wuhan without screening, and when they waited until Jan. 20 to announce the virus was spreading between humans.

As a result, the virus spread much more widely than it might have by the time Beijing locked down Wuhan and three other cities on Jan. 23, in the biggest quarantine in history. Those and other later measures appear to have slowed the spread within China’s borders, but the global consequences of the early missteps have been severe.“A lot fewer people would have died” in China had the government acted sooner, said Ms. Wei, in an interview on Feb. 16.

She is now fully recovered and back home in the two-bedroom apartment she has barely left for almost two months. Her daughter, infected in mid-January, was still in a field hospital, she said.

Now, as for Ms. Wei, that is a good sign. In fact, she’s one of over 75,000 people who have recovered from the Wuhan coronavirus. Still, who is to blame? There is blame here, folks. No doubt about it. It’s not racist. It’s a fact. China screwed this up—even its government officials are now saying that now. If we can’t call things out for what they are because of political correctness, then pathogens should wipe us out. The Swine Flu pandemic in 2009 infected 60 million Americans and killed at least 12,000. The seasonal flu for this year is projected to infect 32 to 49 million, kill 18,000 to 50,000, and hospitalize at least 560,000 this year. This is just a perspective. This isn’t the Andromeda Strain we’re dealing with, but now that it’s here, we all need to take extra precautions concerning hygiene and staying healthy. This virus isn’t as lethal to the younger populations. Some might get very ill, but most will have mild symptoms. A lot will be asymptomatic. That’s the key here. It’s not that you will get infected and die. It’s that you, as a young person, will get infected, exhibit no symptoms, and then in two-to-three weeks, touch surfaces that the elderly will use, visit the grandparents, or your parents (if they’re over the age of 60), get them sick and possibly kill them.

This truly is a team effort. And we have these clowns packing bars and beaches while this is all going down. Sadly, it took government actions in states like Pennsylvania, Maryland, Nevada, California, and Ohio to ensure we all practice some social distancing. The market dipped 10 percent yesterday, some 3,000 points. We cannot take sustained hits like this, with trillions of dollars leaving the market. This disease is highly contagious. It is serious, but it’s not apocalyptic. At the same time, this isn’t a time to party. For at least two weeks, people should work from home, avoid bars, restaurants, and movie theaters. In some states mentioned above, that’s already been forced upon you. D.C. shut down its bar scene as well. It sucks, but a couple of weeks at home will save lives and help contain this virus as test kits are being administered to those who need them.

Source: Yes, You Should Blame China for the Wuhan Coronavirus