First, we ran out of toilet paper, and now, we’re running out of… hamburgers?

As the coronavirus crisis and ensuing societal lockdown hit roughly the two-month mark, we’re starting to have serious problems with the meat supply chain due to meatpacking plant shutdowns and preexisting regulatory dysfunction. Now, the New York Times reports that hundreds of Wendy’s fast-food restaurants are no longer offering burgers and that many grocery stores are starting to ration the quantity of meat purchases permitted per customer. 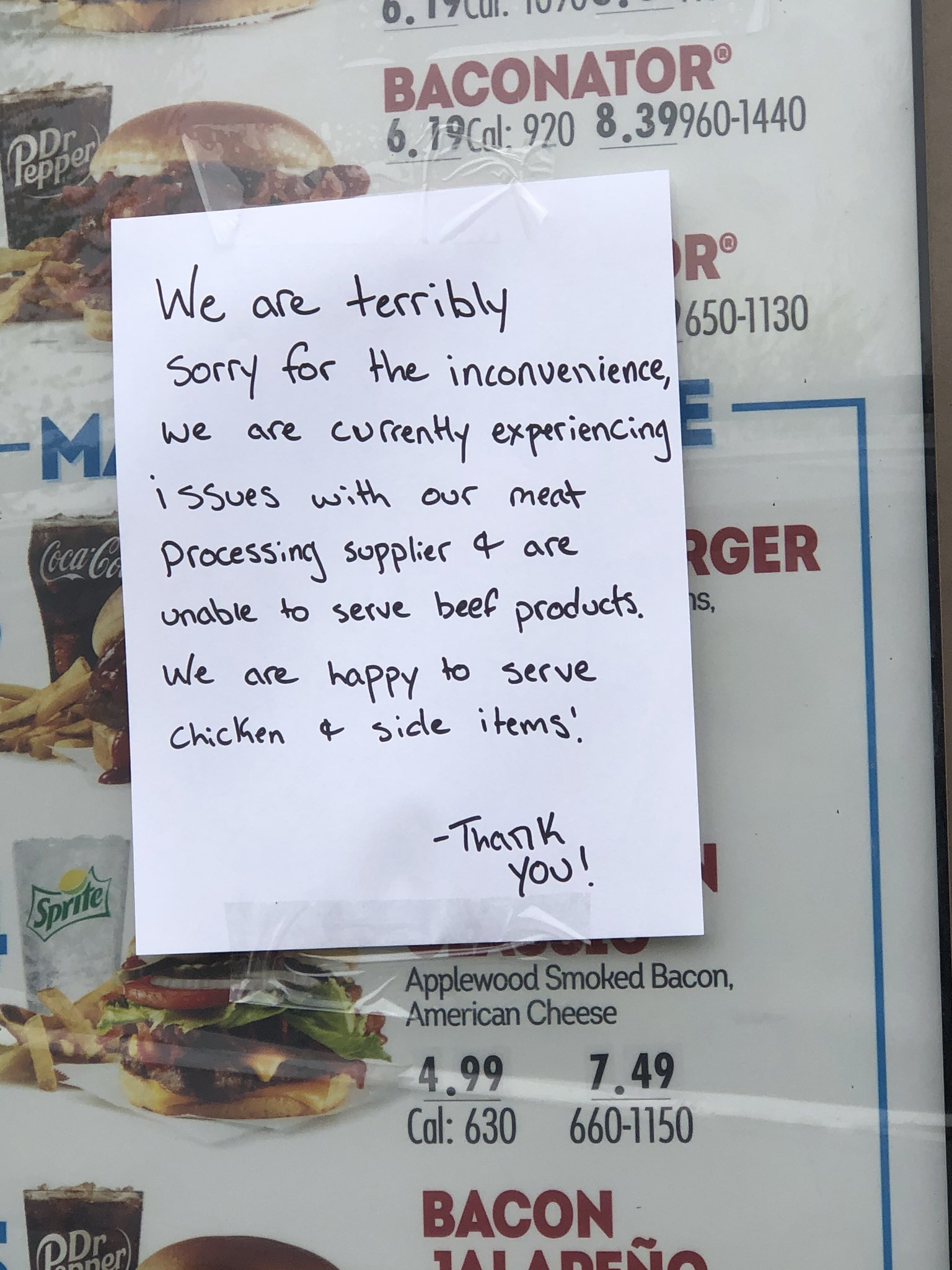 Meanwhile, Rep. Thomas Massie’s bill, the PRIME Act, would fix this situation by getting government red tape out of the way. It continues to attract co-sponsors and must be passed immediately.

Otherwise, things are only likely to get worse.

President Trump has attempted to address this crisis by classifying meatpacking plants as “essential” and pushing to keep them open, but this approach fails to acknowledge that the industry was seriously broken before the coronavirus hit. A dysfunctional labyrinth of regulations had already essentially subjected the meat supply chain to the whims of big government at tremendous cost and inefficiency.

Hannah Cox summarized the situation, writing for the Washington Examiner:

In 1967, the federal government blocked states from making their own decisions on how meat was processed and promptly handed the power to the Department of Agriculture, or USDA. What followed was essentially a takeover of control of the industry. Farmers had to travel long distances and sell their livestock to a small number of USDA slaughterhouses instead of to local butchers, small processors, or directly to consumers. This relationship began to severely impact their profit margins as the government was able to force farmers to sell their product for pennies on the dollar. When you limit the number of places the producers can sell, you control the prices. Even before the current crisis, this was a powder keg of cronyism waiting to blow.

Here’s where Massie’s PRIME Act comes in. The bipartisan bill rolls back the regulations that force farmers to jump through the federal government’s hoops and, subject to their states’ rules, would allow them to deal with consumers and businesses, such as Wendy’s, directly.

This simple fix could resolve the problem plaguing the meat supply chain. Until it gets passed, well, I hope you like veggie burgers and tofu.

To see this article and others from the Washington Examiner, click read more.

Source: Wendy’s is running out of burgers. Thomas Massie’s PRIME Act would fix this