Texas Senator Ted Cruz has also decided to jump on the train carrying more and more people every day to the free speech social media app known as “Parler.”

Parler has been around as a Twitter alternative for some time, but only recently has it become a prime destination for many Twitter users who are sick of the constant bullying by big tech toward the right. The line was drawn on Tuesday when Twitter not only permanently suspended President Donald Trump’s favorite meme maker over false charges of a DMCA violation, but even censored Trump himself over proclaiming he’d enforce the law against rioters.

People had it, and so the flood toward Parler began.

Many conservative from Americans who just want to be heard, to famous conservatives in the media have joined up. Eric Trump, Rand Paul, and now Ted Cruz all call Parler home.

Cruz released a video earlier on Thursday describing his reason for moving to Parler and slamming big tech in the process.

Cruz explained that the biggest tech sites in the world are run by silicon valley billionaires with unparalleled ability shape what Americans see, hear, and think.

“They use that power to silence conservatives and to promote their radical left-wing agenda,” said Cruz.

“Big tech has shown the ability to shadow ban or to silence whatever you say, whatever you post without anyone ever knowing about it,” Cruz continued.

He pointed out that they will also manipulate your feeds in order to spread the news that only promotes the narrative they stand behind. Cruz continued by saying that big tech is “out of control” in their efforts at censoring, not only conservatives but even the president himself.

Cruz assured that he’s working within the Senate every day to fight back against big tech corruption and secure American’s elections and their right to free speech.

“That’s why I’m proud to join Parler,” said Cruz. “This platform gets what free speech is all about and I’m excited to be a part of it.”

✔@tedcruz
I’m proud to join @parler_app — a platform gets what free speech is all about — and I’m excited to be a part of it. Let’s speak. Let’s speak freely. And let’s end the Silicon Valley censorship. Follow me there @tedcruz! 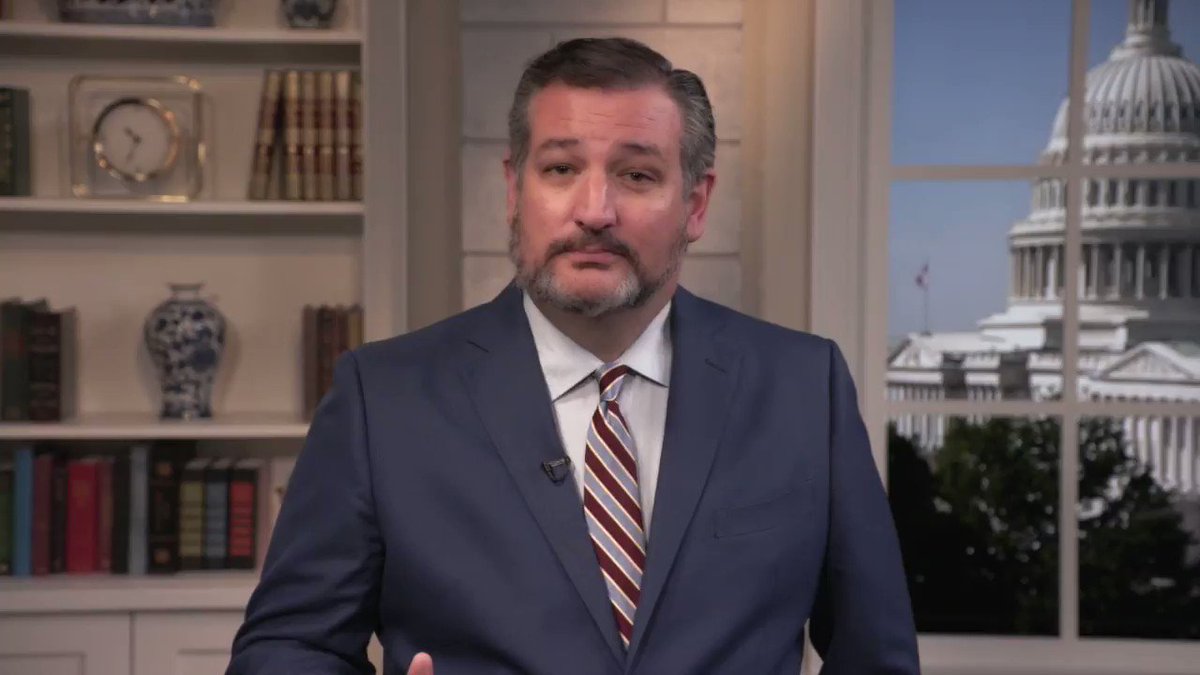 Cruz’s presence will definitely give a lot more weight to the network, but even before he announced his presence there, the left was already throwing fits over the fact that it even exists.

As I covered on Wednesday, the media has already begun attacking Parler once conservatives began either abandoning Twitter or making accounts to utilize both websites.

Parler is welcome to any and all who wish to join however it would appear that due to its nature as a free speech platform and its involvement with Dan Bongino, battle lines are being drawn by leftists who believe that Parler should be out of bounds. They seem to believe that conservatives shouldn’t have such a platform by which to spread what they define as dangerous hate.

The media attacking Parler have already begun labeling it as a hub for Nazis and white supremacists. They gloss over the fact that free speech platforms will allow even the fringe to have a voice and that’s part of embracing the idea of free speech.

Some users have predicted that the app will be disappeared off of the Apple and Google app stores once enough pressure is put on the companies to do so. Neither company has given any indication that they would do so yet, but the increasing presence of elected officials, including Ted Cruz, would make it difficult for any platform to provide legitimate reasons to take the app down.

If President Donald Trump joins Cruz, it’s only likely going to skyrocket into the stratosphere.

If you haven’t joined Parler yet, I personally encourage you to do so. I and many others have and I can tell you that the engagement rate is beyond, well, Twitter’s.

To see this article, others by Mr. Morse, and from Red State, click read more.

Kerby Anderson As we approach the traditional time in America in which we celebrate its independence, it’s worth considering the two types of political society that we can find in the world. The first is what …