Mr. Vice President, I have a final question for you. And I ask this not in a political way. But for you sir, like so many of us in our nation, you are a person of deep faith. No one doubts that.

When you talk to God in your moments alone, do you find yourself worrying at all that people you represent, and care deeply about, have died and will die who did not need to because of steps the federal government did not take soon enough?

Although Pitts delivery was light and was not accusatory in tone, this was absolutely a political question. It was a very poorly concealed attempt to get Pence to agree that the Trump Administration didn’t act early enough to contain the coronavirus.

Pence paused for a couple of seconds as he processed the question, then very skillfully managed to outwit the previously self-satisfied host.

He replied, “Thank you for mentioning that we are talking about one American at a time. We wanted the American people to see the numbers so that we understand the challenging days that lie ahead. But I want people to know that our future is in your hands, that if every one of us will do and put into practice the Guidelines for America, that we can bring those numbers down.”

Pence’s response had to have disappointed Pitts. After all, he’d asked such a clever question. He was sure he’d trapped him. Unfortunately, the camera remained focused on the Vice President so we couldn’t see his reaction. Foiled again.

Rising serpent@rising_serpent
ABC to Vice President Mike Pence on his Christian faith:
“Do you ‘talk to God’ about how many people you let die from the coronavirus because of the federal government’s inaction?” 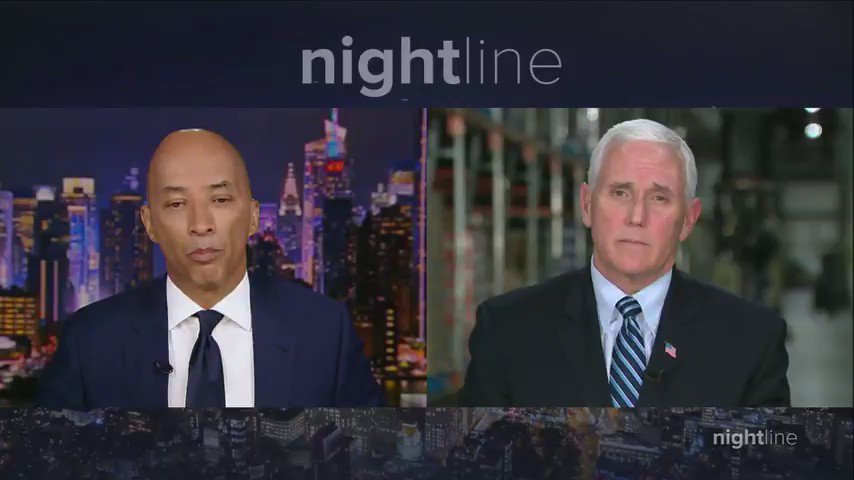 To see this article and others from Red State, click read more.

Source: Nightline Anchor to Pence: ‘When You Talk To God,’ Do You Worry About Those Who’ve Died Because of Slow Federal Response