Since a century ago when Emily Post defined rules for public etiquette, Americans have been urged to avoid discussing politics and religion.

Yet at that intersection, important issues affecting society are debated and often decided.

Religious liberty attorney David French, past president of the Foundation for Individual Rights in Education and former senior counsel with Alliance Defending Freedom, often broaches these topics — despite pushback he receives.

“People will say: No one is challenging your freedom of worship!” French tells The Stream. “Which sounds OK, if you don’t think about the text of the First Amendment. As any person of faith knows, your religion walks with you. You exercise your faith.”

Along with his prolific work in National Review, French recently joined TIME Magazine as a rare conservative voice in the nation’s most-read newsweekly. At the National Review Institute Ideas Summit, he spoke about current religious freedom battles. The interview has been lightly edited for clarity.

David French: The tell for that view is “freedom of worship.” Some think: You’re not messing with me in church, awesome. But the First Amendment protects the free exercise of religion. 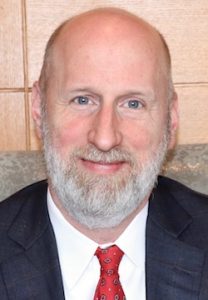 Your religion is exercised inside and outside of your church, synagogue, mosque, or what have you. It goes with you wherever you go.

With the First Amendment, the easiest possible thing to say is the state should not interfere and intrude within the walls of a congregation. Then it gets a lot more interesting when you have people of different faiths mixing, mingling, working and serving together around the country.

How do you protect these zones of autonomy and rights of conscience, at the same time without encroaching on or conflicting with other Constitutionally protected rights? That’s where the real friction and energetic challenges to First Amendment jurisprudence kick in.

Connected with that, an awful lot of free exercise cases are also free speech cases. The exercise of your faith is expressive most times, so there’s going to be a free speech component as well.

French: That’s right. With popular speech, popularity is its own protection.

How the Constitution Defines Liberty

The Supreme Court recently heard the Peace Cross case, regarding a World War I memorial in Maryland. As you look at how mainstream media cover these cases, what is often missing?

This clause was, quite literally, prohibiting the establishment of a specific state religion in the same way that the British monarch was the head of the church. They didn’t want [to] establish a state church. The idea that a memorial cross establishes a church is kind of laugh-out-loud funny.

“The idea that a memorial cross establishes a state church is kind of laugh-out-loud funny.”

We’ll probably claw back a little bit of the ground that has been lost over the last 40 years. Ironically enough, the claw back is occurring as America is secularizing. There’s going to actually be fewer rather than more instances where the government will engage in religious acknowledgement or prayer or religious symbols in the public square. It’s simply because people in many parts of the country are less religious.

As the Establishment Clause is probably going to be better understood according to its original meaning, it’s a sad irony that it will mean less because the culture has changed.

How do you see this case on the Peace Cross in Bladensburg, Md. being decided?

French: There’s a good chance it is decided 7-2. The grounds for the decision are going to be very interesting. You could have 7-2 on who wins and who loses, but 5-4 on the reasoning, with two dissenting opinions.

The really big question in legal circles is, Will the court decide to do away with the Lemon test? The Lemon test has developed over the years as the Establishment Clause test, a multi-part test that has some gray area to it. It’s not something the Founders would have recognized and is overdue to be wiped away.

Everyone is watching on what basis this case will be decided. The Supreme Court could say: Come on, of course you can have a cross to commemorate those who fell in World War I. Next case! And it’s no more than that. Or it could be: This is not only fine to have a cross, but we’re going to substantially revise Establishment Clause jurisprudence.