If you haven’t seen the video of the church shooting in Texas, beware: It’s harrowing.

Yet, it illustrates such a simple idea which some in politics seem hellbent on ignoring.

There’s largely only one way to defend oneself against a gun. And it isn’t a law, since murderers aren’t intimidated by legislation.

How do I know? They’re murderers.

Laws can indeed serve as deterrents; but murder carries the harshest penalty possible: Death or something like it.

He who isn’t bothered by execution won’t be too inconvenienced by a fine. Or time in jail.

Is it possible, in any remote way, that someone could not understand that?

If our elected leaders have been genuine, the answer is absolutely Yes.

Somehow — according to a cacophony of voices — that would-be shooter with conjoined death wish and murderous will can be foiled by something such as the following:

Purchase handgun without safety certificate: misdemeanor, punishable by up to six months in jail, a fine of up to $1,000, or both.

Possess without permit: class A misdemeanor, punishable by up to one year in prison, a fine of up to $1,000, or both.

Could there be anything more evil than walking into a house of worship and taking the innocent lives therein?

Is there anyone who would do that, if not for their concern over what a legislature thinks?

As covered by RedState’s Jeff Charles, on Saturday, a man committed just such a sin at the West Freeway Church of Christ in the Fort Worth suburb of White Settlement.

Three are dead, including the suspect.

But many, many more could’ve been killed, had it not been for the only thing, generally, that can defend against a gun.

If you can, watch the video below. Be warned of its terrible nature. 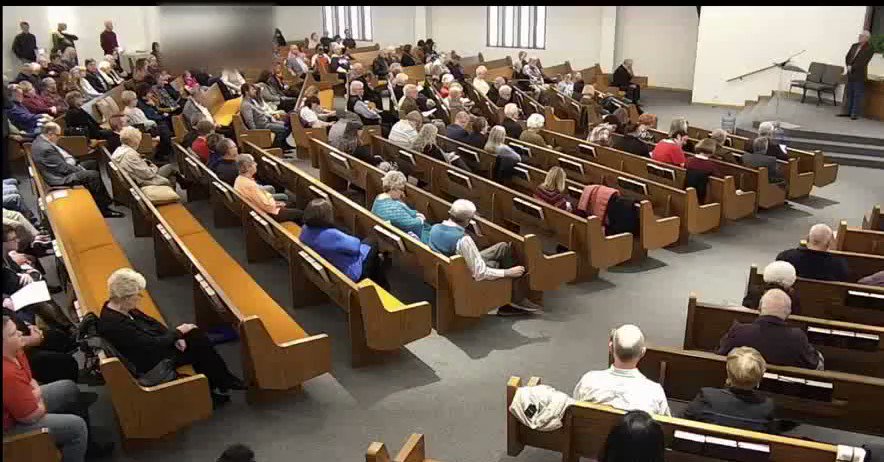 During the Lord’s Supper, a man pulled out a rifle.

What law is going to save anyone at that point?

There was only one thing able to stop that bad guy with a gun.

And let it also be known that the weapon which protected innocent worshippers — due to its deadliness — was not a rifle, though that’s precisely what the assailant had.

The church security guard protected the flock with a handgun.

When it meets flesh — to a considerable degree — a bullet is a bullet. Whether from a pistol or the vilified AR-15.

Thank God the guard was there. He took a stance of surety and defended his fellow congregants.

He IMMEDIATELY answered the question of the bad guy with a gun.

It was a fatal shot — not just into the perpetrator, but into the notion that laws are all we need in order for the law-abiding to be safe.

To see this article, others by Mr. Parker, and from RedState, click read more.

Source: The Texas Church Shooting is an Incredible Example of What We All Should Know: The Answer to a Bad Guy With a Gun Isn’t a Law