Rescue workers carry the body of a victim of a Ukrainian plane crash in Shahedshahr, southwest of the capital Tehran, Iran, Wednesday, Jan. 8, 2020. A Ukrainian passenger jet carrying 176 people crashed on Wednesday, just minutes after taking off from the Iranian capital’s main airport, turning farmland on the outskirts of Tehran into fields of flaming debris and killing all on board. (AP Photo/Ebrahim Noroozi)

Last night was full of drama. Iran let off contemptible and laughable Potemkin attacks on two facilities that housed a small number of US personnel (the installation with the most US personnel, Balad airbase, was not hit)

@BabakTaghvaee#BREAKING: Operation #Soleimani = Propaganda!#IRGC just wanted to raise morale of its personnel tonight! According to spokesman of #CENTCOM, #IRGC|ASF launched 10 (Fateh-313) missiles at Ain al-Asad without causing any harm to anyone & 5 (Qiam-1) at #Erbil among them 4 are lost! 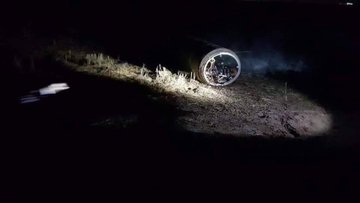 Then, victory celebrations, led by regime thugs, spontaneously broke out

#BREAKING: While #IRGC Aerospace Force has failed to even harm a single #US Serviceman in Ain Al-Asad AB & #Erbil in #Iraq, the propaganda units of #IRGC Ground Force are now playing marsh of victory in streets of various cities of #Iran including #Shiraz in this video 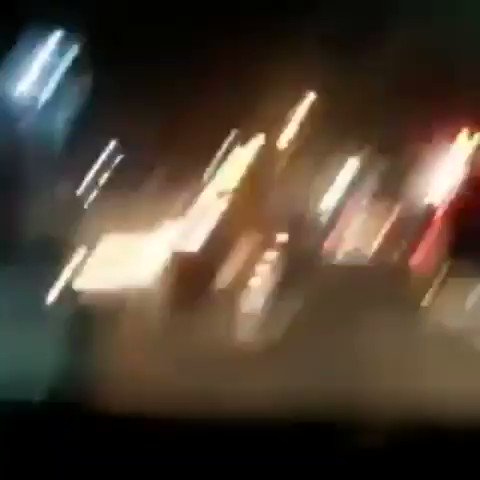 There were no casualties in the area targeted by Iran…that is probably intentional…but there were casualties.

A Ukrainian Boeing 737-800 with 176 people on board has crashed in Iran, and officials say there is no chance of finding survivors.

The majority of passengers were from Iran and Canada.

The wreckage had hardly stopped bouncing when Iran blamed mechanical failure. This excuse was made without benefit of investigation or even access to the ‘black boxes’ which Iran now refuses to turn over. READ: Iran Refuses to Give Black Box of Downed Jetliner to Boeing Amid Suspicions of Missile Attacks

More and more, though, the crash of PS752 is looking like a shootdown.

For instance, these are the tracks for the aircraft from takeoff until it disappeared from radar

Jean-François Mezei@jfmezei
The Track log for Ukraine Airline 752 shows a flight of about 2 minutes before end of tracked messages.
The plane was climbing above 2240m at and accelerating beyond 513kmh when it stopped giving ADB messages. Suspect this is NOT a technical problem.

There was no MAYDAY call from the aircraft. Everything was routine until the plane disappeared from radar and reappeared on the ground. And (h/t to Brandon’s excellent article) there is more evidence that says this was no accident.

Ian Miles Cheong
✔@stillgray
· Jan 8, 2020
According to the Ukrainian Embassy it was “engine failure” that caused the plane to crash. Given the timing of the crash, it’s highly questionable given that this was reported mere moments after the crash. Investigators would need a lot longer than that to determine the cause. https://twitter.com/HeshmatAlavi/status/1214797106554310656 …
Heshmat Alavi@HeshmatAlavi
#BREAKING
Ukraine Airlines Boeing 737 crashes near Tehran, Iran; all 180 passengers reported dead 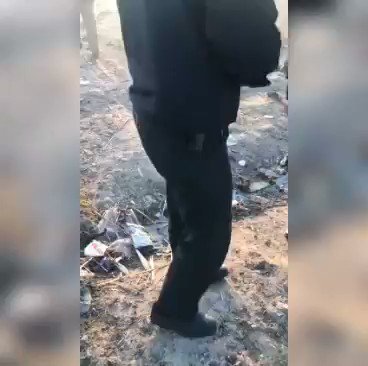 Pierre Dillecto
@TheGreenNewDill
The data from their ADS-B disputes this.
An engine failure/fire wouldn’t allow this plane to continue climbing at 2800’/minute at 318 mph…
They’re lying.

Ian Miles Cheong
✔@stillgray
Jan 8, 2020
Replying to @stillgray @Kaitain_AZ
All evidence, including video, points to PS752 being shot down by a surface-to-air missile, burning up in mid air and falling to the ground. There’s extensive damage on the plane that could’ve only been caused by shrapnel from a mid-air detonation. pic.twitter.com/TpsfUeM0u8

Facts:
– If there was an engine fire the plane would’ve slowed down, and the pilots would’ve made their way back to the airport. It kept climbing.
– Fire suppression systems would’ve prevented the plane from turning into a ball of fire.
– Shrapnel damage on wings & fuselage. 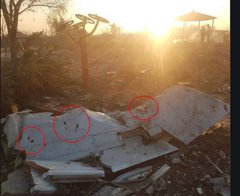 To see the remainder of this article and others from RedState, click read more.

Source: It Looks Increasingly Likely That Iran Accidentally Shot Down That Ukrainian Airliner

Kerby Anderson Lester Holt (NBC anchor) recently explained to his audience that “fairness is overrated.” He argued that the “idea that we should always give two sides equal weight and merit does not reflect the world …